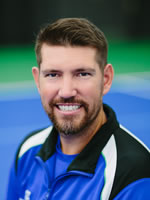 We are proud to announce Nick Coutts as our new Tennis Director, beginning this fall.

Nick is a very talented young man, he has great energy on court, he is very personable and hard-working. I am sure you will really enjoy him when he begins this fall.  Here is a brief bio: