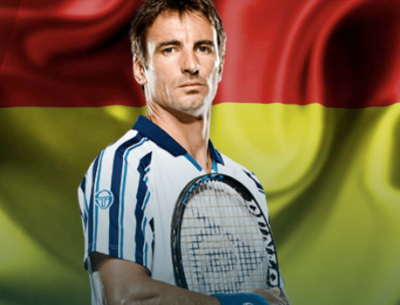 The OSTEN & VICTOR Alberta Tennis Centre is very excited to announce the players competing in the 2018 Calgary National Bank Challenger!

World renowned tennis players Ivo Karlovic of Croatia and Tommy Robredo of Spain were among those listed on Calgary National Bank Challenger’s Official Player Acceptance List. The list was unveiled on Thursday and includes other notable players such as Donald Young (USA), Thanasi Kokkinakis (AUS) and Former World #1 Junior players Casper Ruud (NOR) and Filip Peliwo (CAN).

“It’s incredible that Calgary gets to host athletes of this calibre in our inaugural Calgary National Bank Challenger; people in attendance are certainly in for a world-class tennis experience and we are looking forward to making this event one of the best ATP Challenger events in the world,” says Tournament Director Danny Da Costa.

Karlovic, known for holding the record for the second fastest serve in tennis at 251 km/h, has defeated many top-ranked players including Roger Federer and Novak Djokovic. Karlovic has been ranked as high as 15 in the world and was a quarterfinalist at Wimbledon. Tommy Robredo, a former Top 5 player in the world, has competed in seven Grand Slam quarterfinals and has defeated Roger Federer, Novak Djokovic, Andy Murray and Stan Wawrinka among others in his career. The event also features five players currently ranked in the top 100 on the ATP World Tour NEXT GEN rankings.