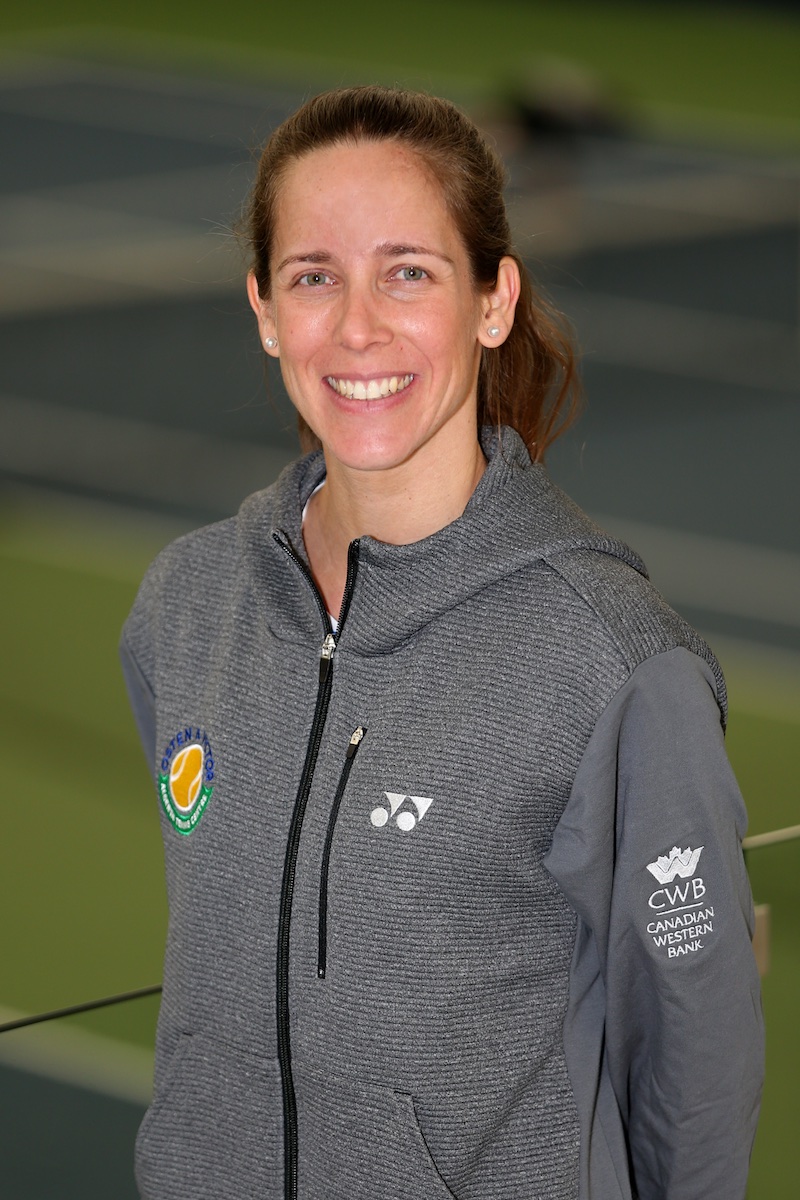 SUZANA SALES CAVALCANTE - (Performance Coach) – originally from Brazil, is an accomplished tennis player who holds 27 US collegiate records and was the most decorated female athlete in the U of West Florida’s history, winning four All-American selections and being named the Gulf South Conference Player of the Decade for the 2000s. In 2016, she was inducted into the University of West Florida’s Hall of Fame for numerous accomplishments, including being the finalist for NCAA Woman of the Year in 2009, winning of the Arthur Ashe Award, and leading her team to the NCAA Tournament finals all 4 years of her career, including a national runner-up finish in 2007.

Furthermore, during her collegiate career, Suzana was honoured with the GSG Commissioner’s Trophy in 2008, which is the top individual honour in the conference, recognizing athletic, academic and extracurricular achievements. She was also awarded two of the most prestigious awards in NCAA tennis: the James O’Hara Sergeant Sportsmanship Award and the ITA/Arthur Ashe Leadership & Sportsmanship Award.

As a junior, Suzana was ranked among the Top 3 players in Brazil in every age category. She trained in Florida from the age of 12 with Patricio Apey (coach of Gabriela Sabatini) and represented Brazil internationally. Suzana competed in her first WTA event at age 13, receiving a wildcard into the Varig Classic. She later became a training partner of WTA Tour players Gabriela Sabatini, Mary Pierce, Mercedes Paz, Chandra Rubin and Samantha Smith. Suzana led the Brazilian team to victory over Argentina in the final of the South American Championships, defeating Paola Suarez (who reached a career-high in singles of #9 in the world in 2004 and #1 in world in doubles in 2002) in the final match.

Suzana is fluent in Portuguese, English & Spanish and holds a Masters Degree in Exercise Physiology and Athletic Training from the University of West Florida. She was the assistant coach at University of West Florida and also taught tennis in tennis clubs in Missouri, Massachusets, Chile and Brazil. Suzana’s diverse skill set in international tennis coaching and traveling with young players, coupled with her strong high performance background, sports medicine rehabilitation, unique knowledge in the field of strength training is a unique combination of assets beneficial to junior development and high performance tennis players.